The choking agent delivered as a gas cloud to the target area, where individuals become victims through steam inhalation. Toxic agents trigger the immune system, cause fluids to accumulate in the lungs, which can cause death through shortness of breath or lack of oxygen if the lungs are severely damaged.

The effect of the chemical agent, once an individual is exposed to the vapour, may be immediate or can take up to three hours. Gas mask hood is the best defence against choking agents. 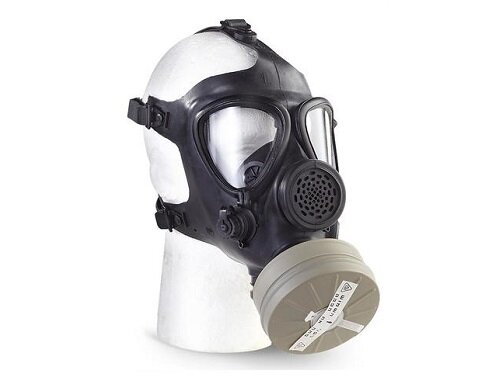 Choking agents were employed first by the German army and later by the Allied forces in World War I. The first massive use of chemical weapons in that conflict came when the Germans released chlorine gas from thousands of cylinders along at Ypres, Belgium, on April 22, 1915, creating a wind-borne chemical cloud that opened a major breach in the lines of the unprepared French and Algerian units. The Germans were not prepared to exploit the opening, which gave the French and Algerians time to rush reinforcements into the line.

Eventually, both sides mastered the new techniques of using choking agents such as chlorine, phosgene, diphosgene, chloropicrin, ethyldichlorasine, and perfluoroisoboxylene and launched numerous attacks—though without any militarily significant breakthroughs once each side had introduced the first crude gas masks and other protective measures.